The History of Disneyland

Home / The History of Disneyland

The History of Disneyland: The Happiest Place on Earth 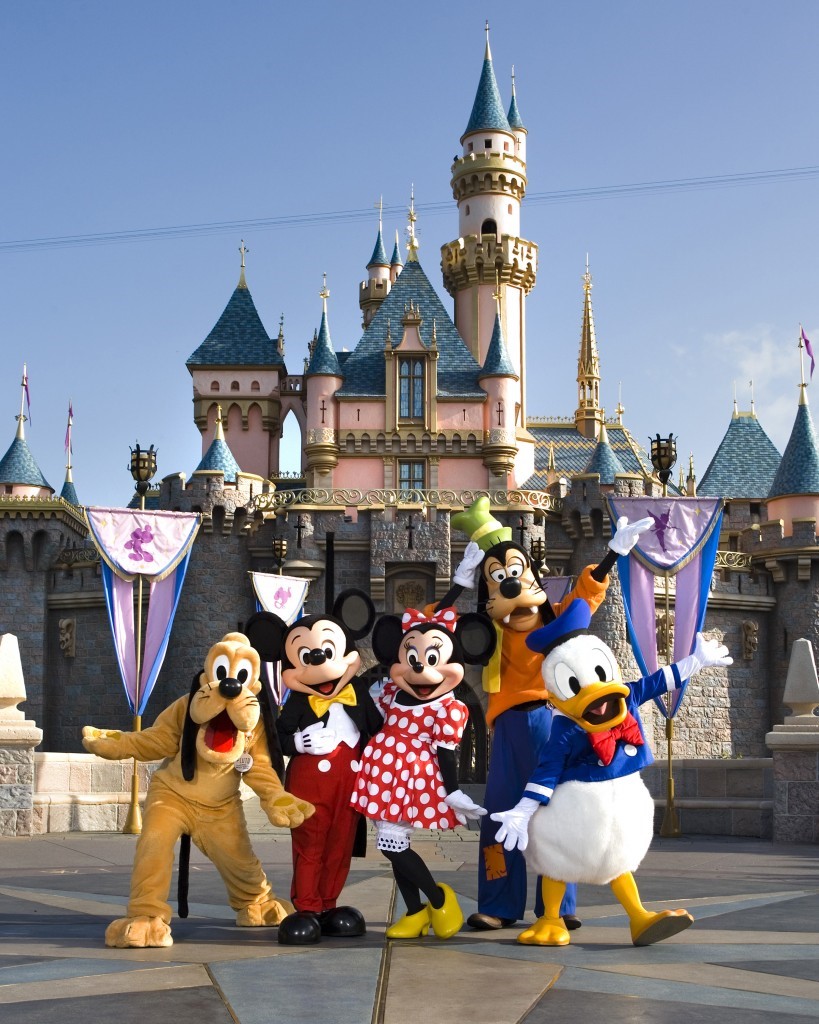 For more than 60 years, the “Happiest Place on Earth” has been a little park in southern California called Disneyland. Ok, maybe it’s not so little, but this 160-acre piece of land had humble beginnings as an orange grove before Walt Disney transformed it into an enchanted land that’s had more visitors since it opened than any other theme park in the world.

The history of Disneyland is more than six decades-long, and in that time, the park has grown and evolved with the times but has managed to hold on to the magic that beckons people of all ages to visit, and dream of visiting, year after year. Fans of the park will tell you there’s just something about it—something special—that makes it a place unlike any other.

Upon entering the gates of the park, visitors pass through a tunnel and under the famous plaque that reads:

AND ENTER THE WORLD

So just how did Disney transform this place from farmland to fantasyland to become one of the most beloved places in the world? Let’s discover the history of Disneyland by taking a trip through yesterday, today, and tomorrow to find out.

The history of Disneyland stats in the 1940’s. Walt Disney first spoke of creating an amusement park while taking his daughters to ride the carousel at Griffith Park in Los Angeles. As he watched his girls from a park bench, he dreamed of creating a place that families could enjoy together; where children could play and parents could relax.

By the 1940’s, Walt Disney Studios had become well-known for its cartoon characters, including Mickey Mouse, and animated films like Snow White. Disney started receiving letters from fans who wanted to visit the studios; they wanted to do more than just go to the movies, they wanted to be part of an experience. Disney knew the actual studio wouldn’t offer much in terms of entertainment for the public, so he started dreaming up a place for tourists to visit. He spoke of creating a place both children and adults would enjoy, where their favorite characters and films could come to life.

In 1948, Disney sent a now-famous memo to the studio production designer, Dick Kelsey, outlining his ideas for “Mickey Mouse Park”. The typical amusement park in those days wasn’t a family-friendly place to visit. They were dirty and disorganized, known for over-serving patrons at the beer stand and for attracting a criminal element. Disney wanted his park to be different.

The original concept was slated to be a small park with a boat ride and a few themed areas on an 8-acre plot across the street from Walt Disney Studios in Burbank, but the project soon outgrew the proposed location. Disney started visiting other parks for inspiration and as his ideas grew and more designers got involved in the planning, it became clear they needed a much bigger space to hold the park they envisioned. They found the space they needed at a cost they could afford 27 miles southeast of Los Angeles, purchasing a 160-acre orchard of orange and walnut trees in Anaheim. The “Mickey Mouse Park” project became “Disneylandia” and finally “Disneyland”. In 1954, construction began on the site. Just one year and 17 million dollars later, Disneyland was ready to open its doors to the public.

Although the park inspires happiness and joy, the history of Disneyland has its dark spots.

On Sunday, July 17, 1955, Disneyland opened its gates for the first time with 18 rides and attractions and five lands including Adventureland, Frontierland, Fantasyland, Tomorrowland and Main Street USA. Park admission cost just $1.00, plus tickets for individual attractions. That sounds like quite a deal compared to the $129.00 single day pass in 2020.

July 17th was meant to be a preview day for invited guests and members of the press before opening to the public the following day. Unfortunately, the event was nothing short of a total disaster.

The dedication ceremonies, which included California Governor Goodwin Knight and Walt Disney’s Hollywood friends Ronald Reagan, Art Linkletter and Robert Cummings were televised live on ABC. The broadcast attracted over 90 million viewers—the largest TV audience in history at the time—which meant all eyes were on Disneyland for what Disney executives would come to call “Black Sunday” and would lead the press to deem Disneyland “Walt’s Folly”.

So, what could possibly have gone wrong in the “Happiest Place on Earth”? In a word: EVERYTHING.

The weather was scorching 101 degrees.

More than half of the 28,000 people in attendance had “invited” themselves by forging tickets or jumping the fence to get in.

Women’s heels were sinking into the freshly-poured asphalt.

Due to a plumbers’ strike, Disney had to choose between working toilets or drinking fountains. He chose the former—which people might have been grateful for—but some thought it was a conspiracy by event sponsor Pepsi to make people buy their beverages.

Traffic was gridlocked on the newly-constructed freeway and celebrity guests like Frank Sinatra and Debbie Reynolds were delayed for their scheduled appearances.

As if that weren’t enough, a gas leak forced operators to close down three of the five “lands” just hours after the park opened.

Ever the optimist, Walt Disney still delivered his official dedication:

“To all who come to this happy place: Welcome! Disneyland is your land. Here age relives fond memories of the past, and here youth may savor the challenge and promise of the future. Disneyland is dedicated to the ideals, the dreams and the hard facts that have created America, with the hope that it will be a source of joy and inspiration to all the world.”

It seemed like the history of Disneyland would’ve stopped shortly after receiving all of the bad press and criticism from its opening, but Disney learned from its painful mistakes and fixed them. Even today you’ll notice the plethora of restrooms and drinking fountains, assuring no guest will have to be thirsty or uncomfortable. Whatever they did to turn things around must have worked because within seven weeks of opening, one million people had walked through Disneyland’s gates.

The Rest is History

In the years that followed, Disneyland pushed the boundaries of technology and creativity and influenced the design of theme parks, roller coasters and other attractions around the world. To this day it is still the most popular theme park in the world. Here’s a timeline of the Disneyland’s milestones, innovations and firsts:

1956 – Just one year after opening, Disneyland had welcomed 5 million visitors.

1963 – The Enchanted Tiki Room was the first of its kind to use new Audio-Animatronics technology and have three-dimensional birds, flowers and Tiki gods perform a live show. 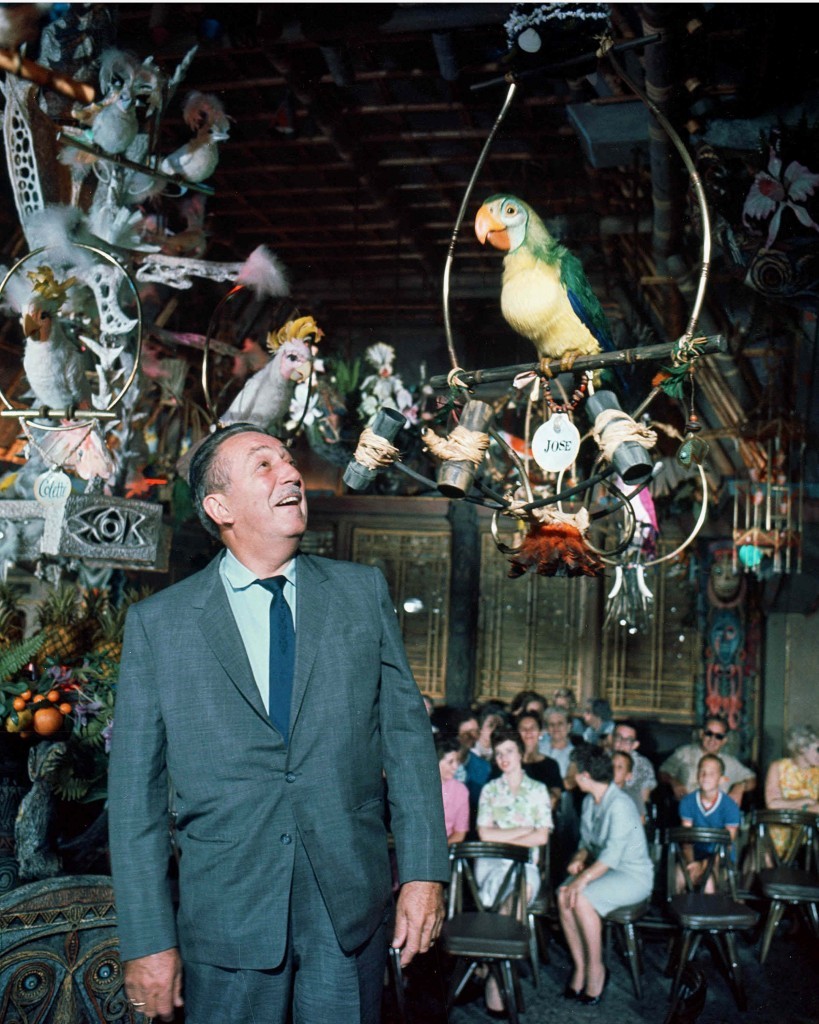 1966 – It’s a Small World water ride opened featuring 500 Audio-Animatronics dolls representing cultures around the world. We’ve been trying to get the theme song out of our heads ever since.

1967 – Pirates of the Caribbean made its debut. It remains one of the most popular rides to this day and was the inspiration for the hit blockbuster movies of the same name.

1969 – The Haunted Mansion and its 999 ghosts – always with “room for one more” – started haunting park visitors.

1977 – The Space Mountain coaster blasted off in Tomorrowland. Astronauts John Glenn and Alan Shepard were part of its inaugural journey.

1989 – Splash Mountain opened and it’s five-story waterfall drop still has us packing a poncho in our purse.

1995 – Indiana Jones Adventure invited guests to be part of the action with a thrill ride based on George Lucas’ films.

2001 – Disney California Adventure Park opened to the public, offering a whole new world of rides, restaurants and attractions modeled after California’s most notable parks and landmarks.

2019 – The history of Disneyland continues to this day with the much-anticipated Star Wars: Galaxy’s Edge opening on May 31st. The new addition to Disneyland transports you back to “A long time ago, in a galaxy far, far away.”

To learn more about the history of Disneyland, as well as other Hollywood stories, book our LA Tours from Anaheim adventure!